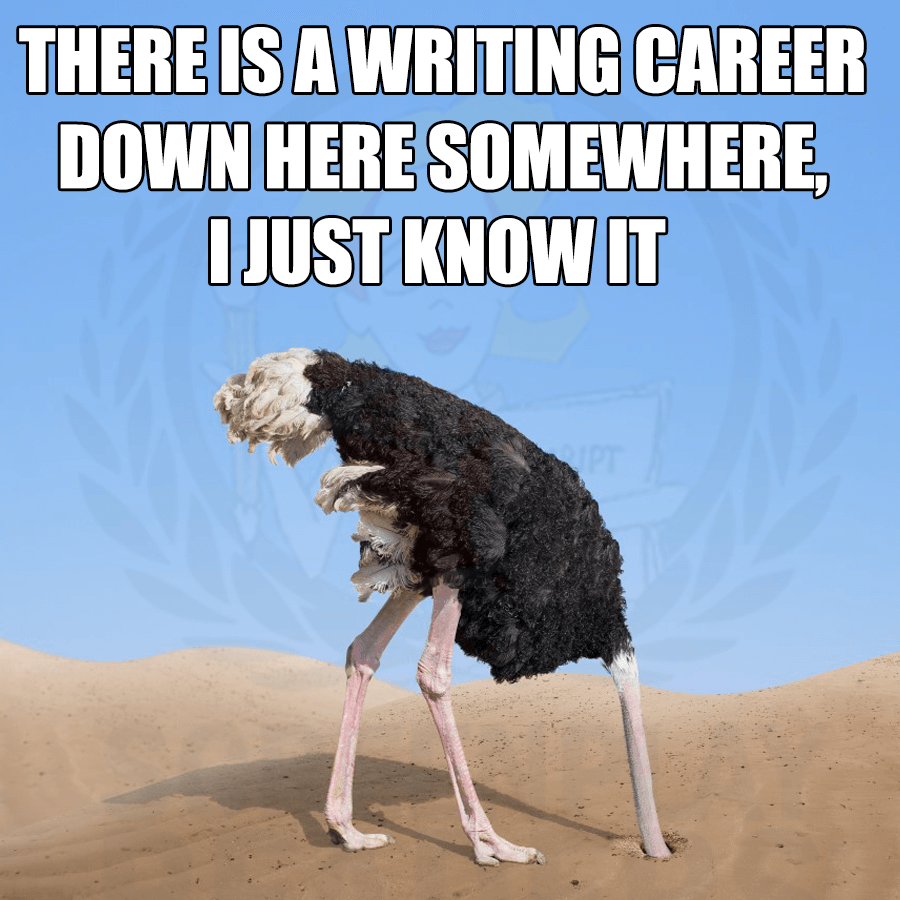 “How do I sell my screenplay?”

“My screenplay is done. Now what do I do?”

“How do I get my script produced?”

These are the eternal questions asked by aspiring screenwriters everywhere. But, as you might’ve noticed, get paid for writing for the film and tv industry is not an easy thing to do. Why? One key reason:

Because, uh, well, everybody wants to write for the film and tv industry.

That said, breaking into the film industry as a screenwriter or tv writer isn’t impossible. In fact, if you have drive and persistence, and can back those up with talent, it’s actually pretty dang straightforward.

I’ve run a script coverage service since 1999, and, as you might imagine, I’m asked those questions above… ALL. THE. TIME. These days, whenever someone asks me those questions, I respond with questions of my own. And they’re not “softball” questions. I ask:

Do you know how a film is put together? If not, why not?

Getting aboard a film shoot of any shape, size, or budget — whether it’s for a script you wrote or for a script someone else wrote — is any writer’s first essential step. It doesn’t matter what you do on the crew — writer, director, grip/electric, makeup, or P.A. It only matters that you get some experience under your belt and learn how a film is put together, from soup to nuts.

And it’s not optional. Learning how a film is made is absolutely mandatory because writers must understand, instinctually, what their words mean when they put them on the page, and why it’s vital for everything on that page to be clear to all members of all the various departments and cast.

By working on a film for any length of time, you learn very quickly, for example, which lines of dialogue are important and which can be excised. You learn very quickly why a poorly-written or too-dense block of action can slow down a production, costing everybody time and money. And you learn what it takes to speak a thousand different “languages” — from art department to production office to P.A. to producer to craft service.

This. This is step one. Seeing the “sausage” getting made. If you don’t have film production experience, in my opinion, you’ll forever be a writer “at 30,000 feet.” That is, you’ll never gain the insight into what it takes to put together a film, frame by frame.

And without that insight, your writing will likely never be attractive to producers, because producers live and breathe that insight. The production company or the producer’s primary function is to see the film in dollars and in time, using the script as a blueprint to make the film.

If you have no grasp of how long it takes to light a scene, or how difficult it is to wrangle 20 extras, let alone 500, or why your 12-page chase scene is adding another 30 days to the film schedule, then you’re at a disadvantage as a writer. Your scripts will never be able to take on that truly professional level of understanding that makes them attractive to folks who make films.

Yeah, it sucks, but why aren’t you interning?

Interning has gotten some bad press lately, and rightly so. Because any young writer who can afford to work for free automatically has an edge over a less-fortunate writer who has to have paid work in order to support themselves or their family.

The argument is that, because of these dynamics, only privileged young people can afford to intern or work for free. And I agree. And this sucks.

So as you might imagine, young people of color looking to break into the film industry are largely the ones who tend to get the short end of this particular stick.

To be fair, many companies and producers are aware of this ridiculously bad imbalance, however, and are actively seeking to change things — eschewing interning at their companies, or even working with folks and organizations seeking to make it a thing of the past.

That said, Hollywood still operates on favors and friends. And interning/working for free is still a very big part of how most people get their first paid jobs and take their first steps towards being where they want to be as writers.

If you can afford to work for free on a film or for a production company, do it. Get the experience. Make the connections. Build the friendships. If you can’t afford it, you may have to work a lot harder. I’m not condoning that, and I’m not happy about it, but the fact is, that’s the reality right now in the film industry, as it’s been for many, many years, and it’s not changing drastically any time soon.

Why the hell are you wasting your money on script contests?

“How do I break into the film industry if I’m not in LA or another film town?” “I feel the only way for me to break in is to send my script to a script contest.”

We get questions like this on a daily basis at Screenplay Readers. We don’t always have time to answer them, but when we do our answer is this:

Script contests are a waste of time and money. All of them. With the exception of Austin and the Academy Nicholl Fellowship, very few producers or people with the ability to help your career pay any attention at all to screenplay contests.

What’s worse is that the number of script contests out there keeps rising. Why? Think about it: anybody with a free account at Wix or any other free website service can throw up a script contest website, slap on a Paypal button, and take writers’ money.

Even worse than that, in my opinion? Companies who offer script coverage services like my company does, but then they bait you into paying a little extra to enter their own script contests. Contests they claim will “help your career” or “get your script read by executives” and other nonsense.

Few things are more repugnant than a script contest. But perhaps the most unfortunate thing about script contests is that so many new writers see them as their only chance. It’s so not true.

Do yourself a favor: forget script contests exist. Use the money you save to get out to Los Angeles and meet some other writers or spend it on a bus ticket to a nearby state where some production is going on and get yourself out there meeting people.

Why are you spending 8 hours a day shooting YouTube videos?

That said, if you’re trying to be a writer, all of those are distractions. All of them.

Don’t waste time grooming your social profiles and follower lists, thinking there’s some magic number you’ll hit, or some great Tweet you’ll post and someone will hand you a writing career.

Similarly, I’ve seen several successful campaigns to raise money for films on Kickstarter, but I’ve seen far more that went nowhere. And I’ve seen many folks waste a lot of time pursuing funding for scripts that just aren’t ready to shoot, or aren’t worth the amount of money their makers are asking for.

And if you’re thinking YouTube is a path towards becoming a paid screenwriter, you might want to consider that YouTube remains largely short-form entertainment, with very little writing, relatively speaking. Making videos for YouTube is its own beast, with its own particular track of required skills and areas you need to focus on. What it’s not is a place for writers, at least at the time of this writing.

All three of these things are distractions. The most surefire way to “make it” as a screenwriter in the film industry is to meet people IN that industry. Putting the internet between you and those people — whether it’s in the form of social media, or a fundraising website, or a video streaming channel — delays your pursuit of success.

Further, all those things take away from your writing time. Don’t forget, you still have to grow as a writer. One thing is certain if you pursue social media, or fundraising, or a YouTube channel: you will definitely get better at all those things.

The question is: aren’t you supposed to be a writer?

How Do I Sell My Screenplay? — Here’s 4 Things You’re Doing Wrong was last modified: November 16th, 2018 by Screenplay Readers